I didn’t want to throw a “real” party.  It’s Christmastime and who, really, has time for all that extra cooking, cleaning and prep?  Not me.  So I decided that I wanted to start a new tradition:  caroling around the neighborhood and then serving hot cocoa afterward.  It was so simple and so much fun!  I’m not sure which was more fun:  watching the kids have a blast or singing the carols (which I love!).  I think watching the kids has the edge, though.  They were so excited but tired easily.

Next year we’ll limit it to one chosen street instead of trying to go around the block.  We were able to sing 10 to 12 times.  I used the collection of sheet music that good ‘ol Martha Stewart put together.  It was a nice mix of Christian and more secular Christmas music (e.g. Up on the Housetop and Jingle Bells in amidst The First Noel and Silent Night).  I was smiling about it for days afterward and hope that those who went with us had as much fun as we did. 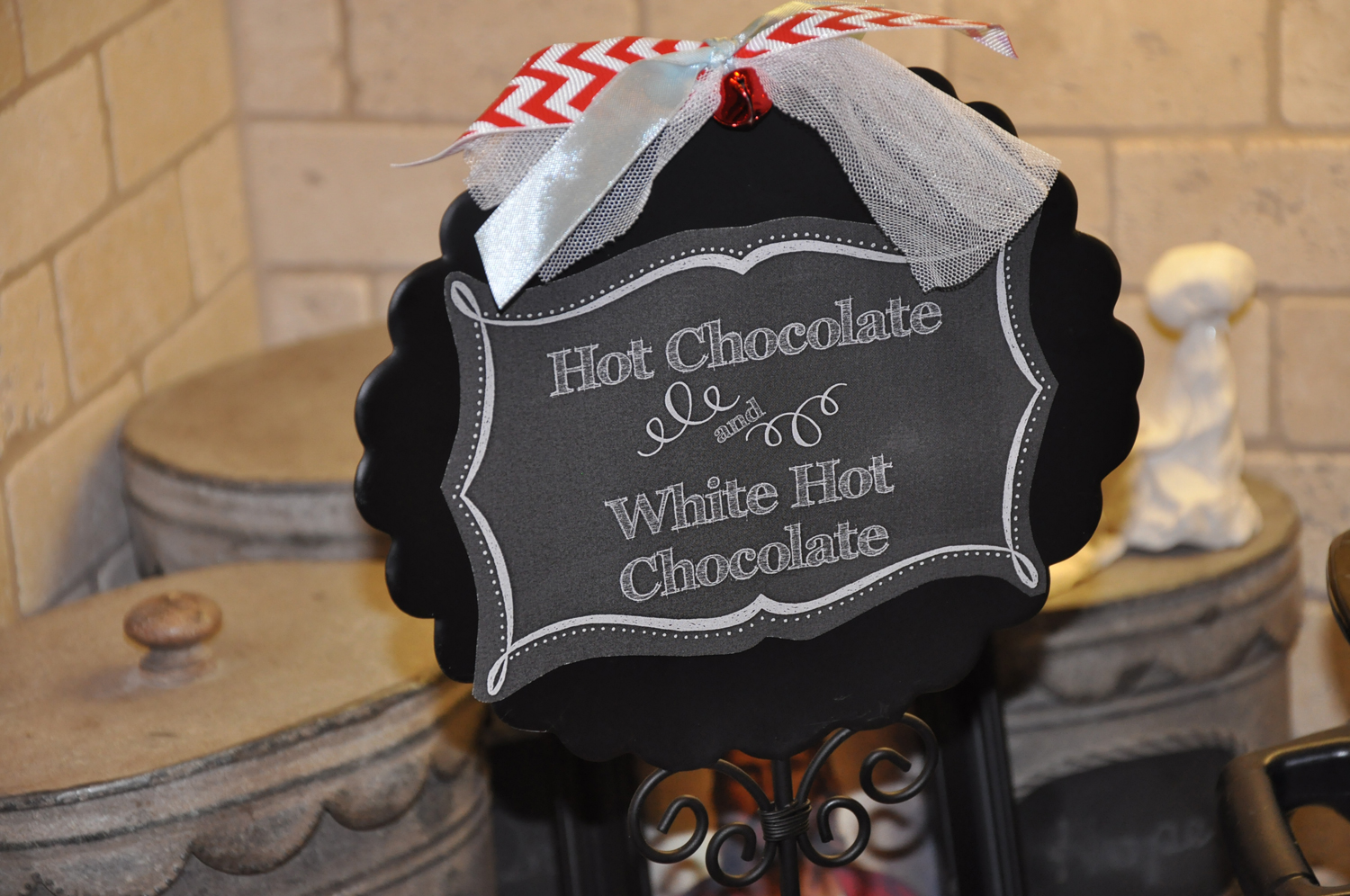 Afterward, I made Crockpot Hot Cocoa (this filled my 7 qt crock pot!): 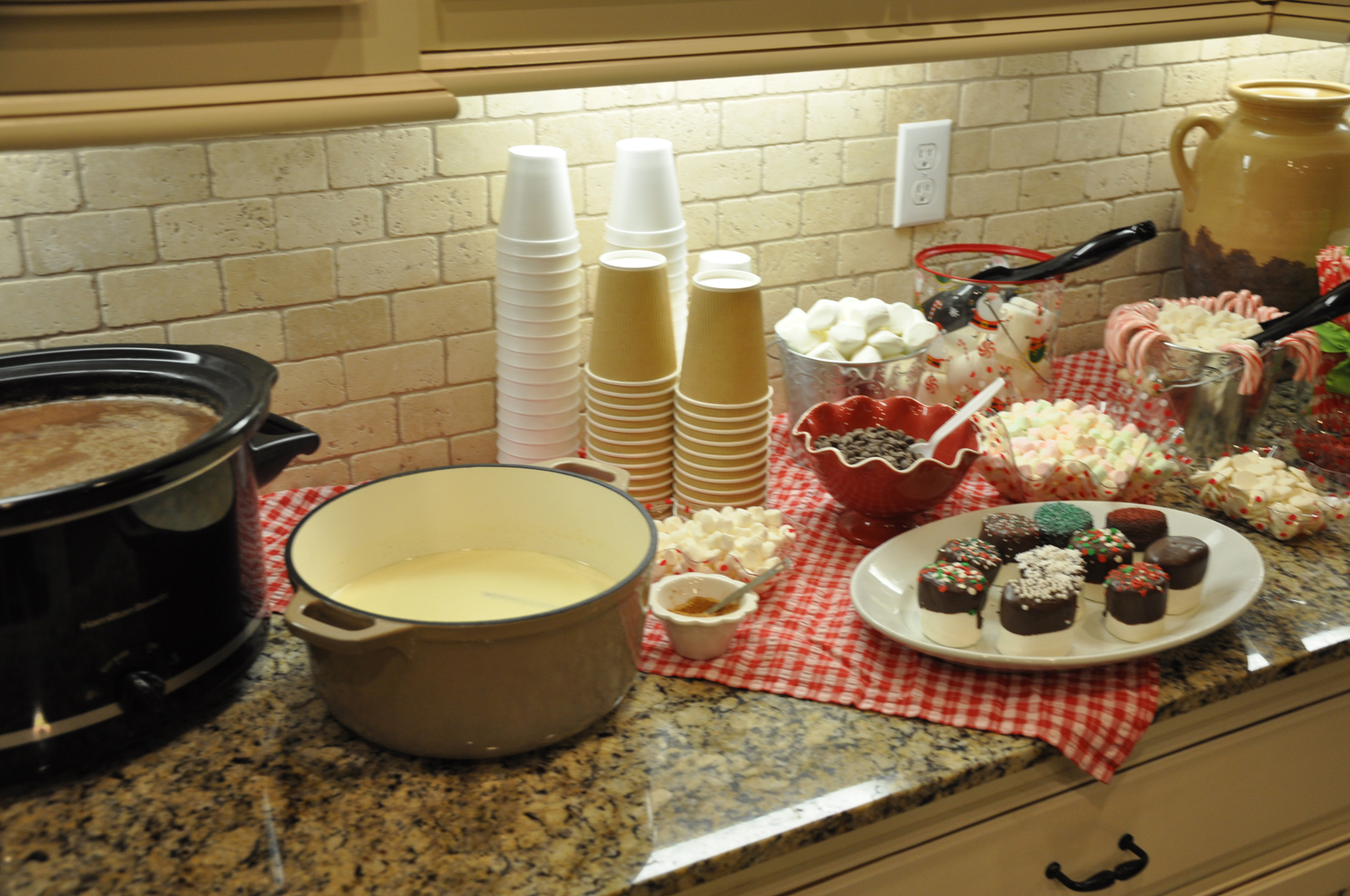 I also made White Hot Chocolate:

The White Hot Chocolate was the bomb.  Seriously.  I did not know it would be so good or I would have doubled the recipe.  Three or four people asked for the recipe!

Here’s the selection of marshmallows and additions including maraschino cherry skewers, spray cream cinnamon and chips of almost every kind: 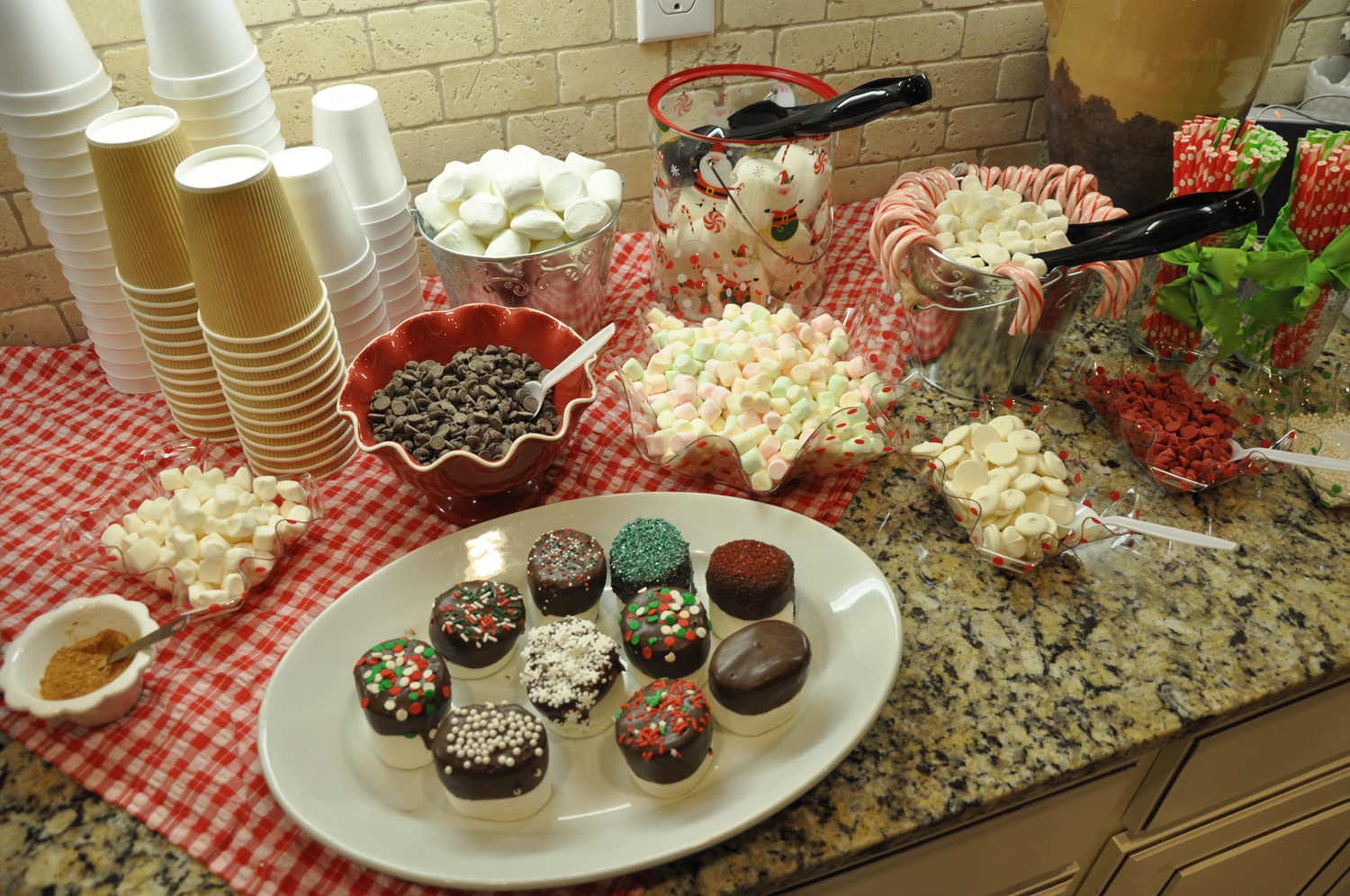 Before everyone showed up (we had two more families come after this shot!). 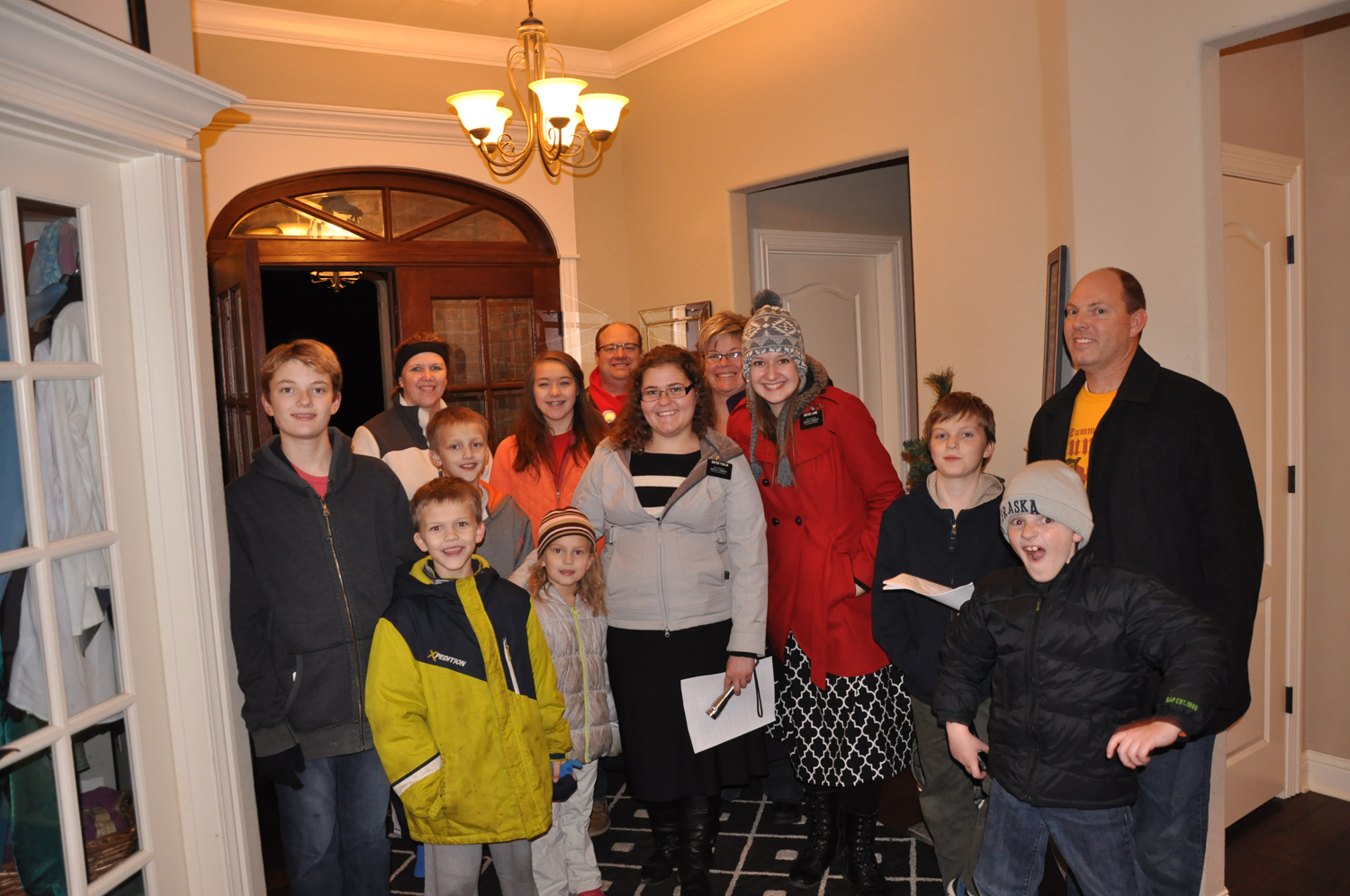 The teenage girls who participated just INSISTED that “Let it Go!” was a Christmas song.  Ahem.  I disagree but they sang it with gusto (along with a few parents!). 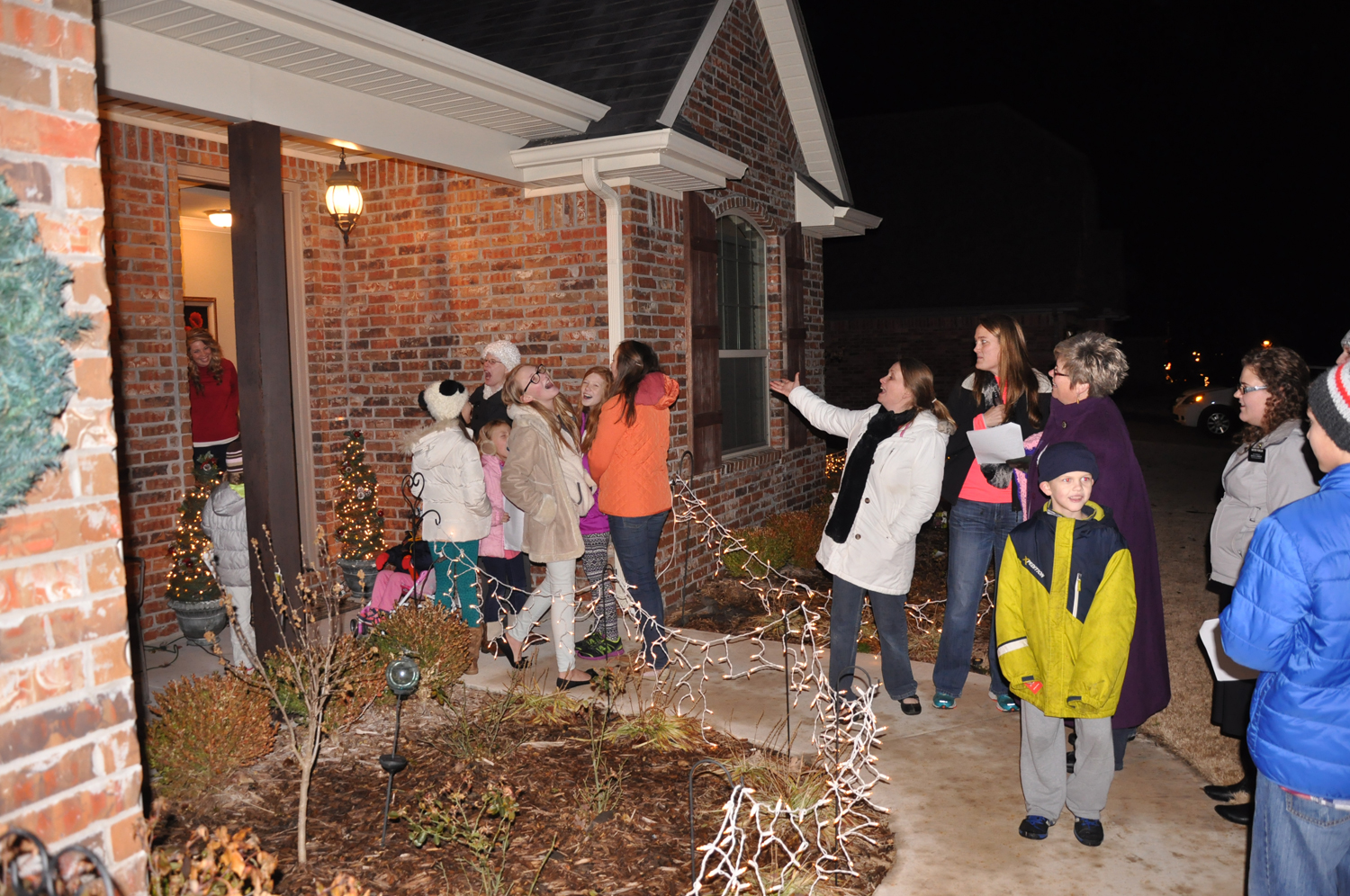 The best part?  Everyone seemed genuinely welcoming and happy to see us!  It’s definitely a new tradition.  Next year, I’ll make the boys bring their drums and bells from percussion.